Use Hidden Object skills to revive your park in Tales of Lagoona 2: Peril at Poseidon Park!

Tales of Lagoona 2: Peril at Poseidon Park is a Hidden Object game.

In it, you take the role of Leona, a fish lady that is trying to save the fish amusement park belonging to her fish grandparents. The game takes place underwater, in case you didn’t notice.

This Hidden Object game has many layers, and it all starts with its story. It is not used simply as set dressing for the gameplay, there is actually a tale to tell here.

It all starts with a conspiracy involving the Mayor, who wants the land where your grandparent’s amusement park is located. He wants to take the park down and sell it to some shady fishes from “out of town”, and to learn more about them you are going to have to unlock the different stories within the game.

For now, all you know is that you are Leona, and you just want to repair and refurnish your grandparent’s hard work and bring Poseidon Park to its former glory. You will soon find that you are not alone in this task, as many former and new employees of the park will come to your aid, guiding you in the best path to get going.

It should be mentioned here that the game is fully voice acted, as should any game that wants to tell a story without losing grasp on the player’s attention. The performances are all great, giving each character their own personal quirk.

The game stages, as expected from a Hidden Object style game, are incredibly detailed and filled with little gags that reward multiple playthroughs. The main screen of the park is also very detailed, and that is to be expected since you can customize it so much. You can see some of your fishy friends running around the park too, giving it a more lively feeling, like a real amusement park.

In terms of gameplay, the game is divided into money spending and money making. In the main park screen, you can upgrade and customize the map as you see fit, interacting with the marked places so you can choose where to put decorations or how to upgrade a given attraction.

When doing the former, the game generally gives three options, all with their own design and appeal. While the difference is merely cosmetic, you should choose wisely since, if you want to change the look of a given place later, you will have to pay money all over again, albeit a lesser amount.

To progress in the story, you will need to unlock different places of the map by completing specific quests. While we will get to those latter, it is on the main park map where you will unlock the next areas to upgrade with said quests.

Now then, in terms of money making (and game playing), there is a lot to do. When you choose a stage to play, you are given a set of tasks, some of the particular stage and others that are intertwined with the rest of the game. Related to the stage, there is a list of main objects you must find, and once you get them all the stage is over, therefore you should finish all other goals beforehand.

Next to these goals is your list of quests, which you can advance and complete in any stage as long as the objects required are on sight. You can also collect food for feeding seahorses (and gain money), or collect gems. This unlocks other types of minigames, ranging from building tracks for a train to actual Sudoku. 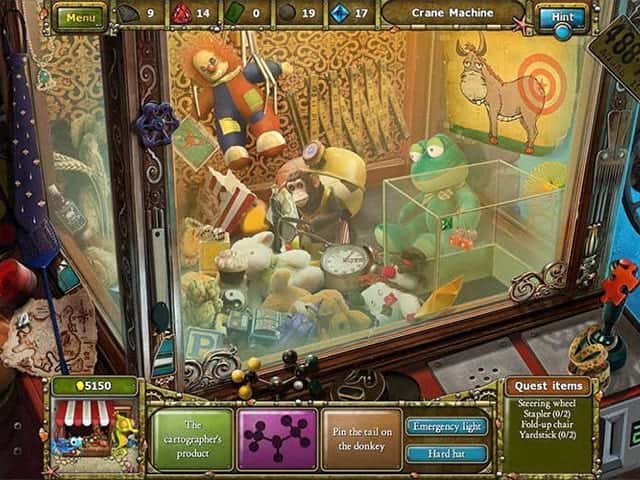 The art style is incredibly colorful and charming, all keeping with the underwater theme. All characters are some manner of sea creature mixed with a pop culture reference; You even run into an Indiana Jones knock-off mixed with a hammerhead shark. It all warrants a chuckle, at least at first glance. 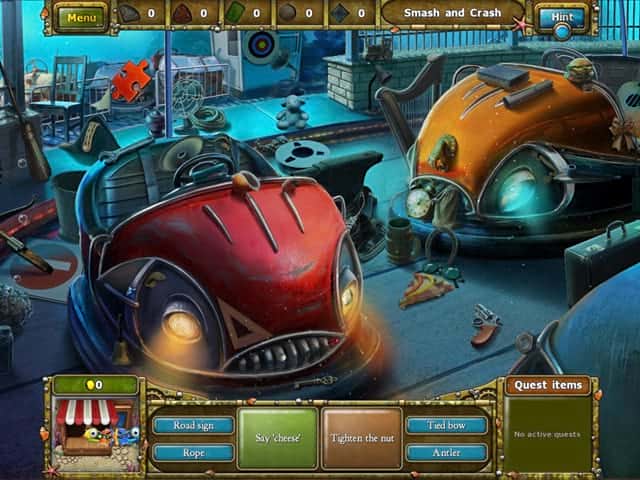 If something can be said about Tales of Lagoona 2, it is that it is fully packed with activities within activities to keep you busy for a long time, all the while actually trying (and succeeding!) to tell an interesting story. Your time in Poseidon Park will not be wasted.