Christmasville is a Hidden Object detective game where you take the role of a detective hired to find the most unlikely of people: Santa Claus.

You are approached by a strange hairy man wearing a trenchcoat. He seems fidgety, and you ask what the deal is with him, when he reveals that he is the famed abominable snowman. While he might have a frightening name, he has quite the amicable face, and wishes to hire you to find his friend and boss, Santa Claus..

The game comes with plenty of puzzles for you to solve. They are all variants on the idea of finding items on the screen, yet the rules change slightly on each one. Some of them will give you a list of items, and you have to click on them as you find where they are hidden in the room.

Other similar modes ask you to also find objects, but of a specific type, like presents for example. In that case you do not have much of a clue as to where to find them, or how they look. Anything looking like a gift is fair game.

Finally, there is the “find the difference” mode, where the screen is divided in two and you have to find what is missing from each picture compared to the other one. All of these modes come with a hint button, which recharges slowly but can help you when you get stuck.

Since there are plenty of game modes, the same screen can be reused multiple times, which makes full use of the beautiful artwork the game has. 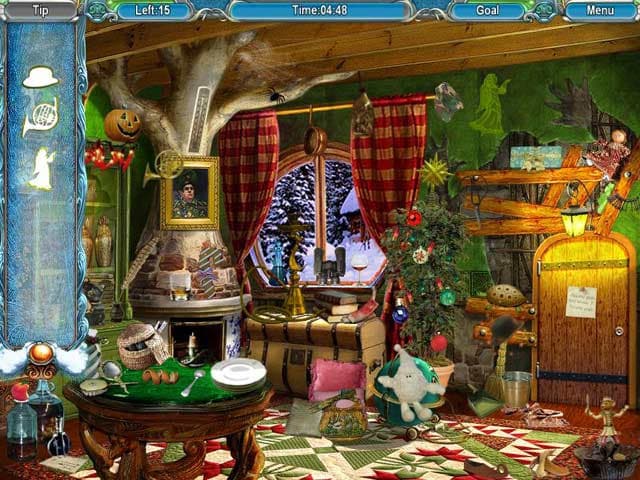 Exciting story and many humorous moments!

As mentioned, you are a private detective minding your own business when you are approached by the famed abominable snowman. Even in the face of a real life Yeti, you are reluctant to agree to his request to find his boss, Santa Claus, since believing in children's stories is a bit too much.

The hairy man proceeds to knock you out and take you to the North Pole, where you meet other colorful characters like a talking Reindeer and a military inclined Elf. It is now quite difficult for you to refute the existence of Santa Claus, so you agree to help in finding him.

A big aspect of the game that we mentioned before is its humor. This is mostly delivered via dialogue, but it is also present on the tutorials and justification of each stage. In the stage where you need to find presents, for example, the excuse is that Santa Claus might be hiding inside one of them. As you finish the stage, you are told by the cartoonish characters that of course he was not going to be in there, it made no sense, besides they had already looked before bringing you here.

Sometimes the joke takes the form of a reference, like when you are tasked with finding the glasses of the King of Rock Elvis, which would allow you to see hidden items on an already played map. It only gets crazier as the game goes on. 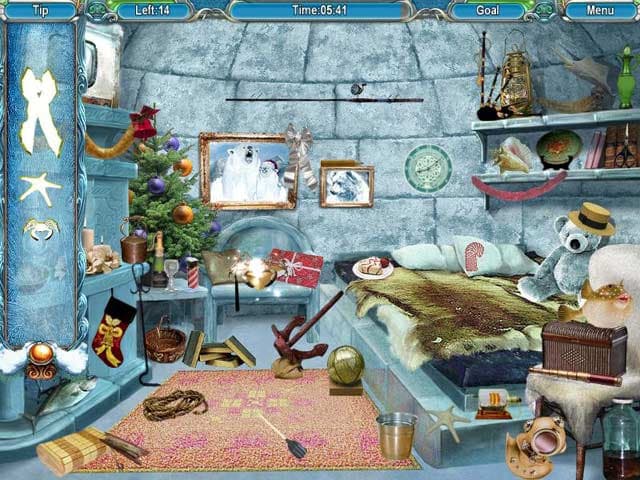 The art style of the game goes hand in hand with its tone: bright and humorous. The characters are made in a cartoonish way, with round shapes and plain colors. Yet the jokes have a hidden meaning for adult audiences; while this game can certainly be played by children, adults going into it have hidden treats within it, especially in the dialogue.

The items that we need to find in the game are not drawn or rendered, they are cut outs from real life pictures. Most of them are toys, and they being high quality pictures of actual objects makes them feel more real and cozy, particularly if you have memories from playing with some of these items.

The characters that you meet are hand drawn and filled with funny details. The game is able to keep up the mood all throughout it, even when giving tutorials. Of note is the relationship between the Yeti and the Reindeer, the two main characters of the game.

Christmasville is a charming game with plenty of clever jokes, fully aware of the nonsensical nature of its premise. Beyond the humor, the game is of a high quality and worth anyone's time, especially so close to the holiday season.