Unravel Hidden Object mysteries in Fall of the New Age!

Fall of the New Age is a Hidden Object style video game developed by Shaman Games. In it, we take the role of Marla, a young crafty girl from medieval times, as she tries to rescue her brother and take on dark cultists in the process.

The game’s art style aims for realism, even if this is a fantasy setting. The color palette is not exaggerated either in bright or darkness, aiming to show each area just as is. Either way, the quality is outstanding. Each scene is very detailed, and whenever you interact with something there is either a 3D or 2D render of the object you are using to illustrate what you are doing.

What really sets the game apart are the character designs. Since they are made fully three dimensional, they can be placed in a scene and give it a lot of life; like when a guard is patrolling and you have to take him out, you can see him breathing and looking around.

Better than that, are the cutscenes, some of them take place on the very scene you were playing on, adding a lot to the immersion. On top of all of that, all characters are fully voice acted no matter how minor, and the acting is on point.

Gameplay wise, we can see the classic Hidden Object formula used to perfection. You will search each scene for items, some of them used to advance to another scene, others used to unlock other items, and some even unlock puzzles. Each puzzle is very different from the last, ranging from simple code inputs to complicated math problems. If they give you too much of a headache, you can just wait for the skip button and opt out of the puzzle.

Items that you find in one area might be of use elsewhere, so you would need to keep track of every nook and cranny that you could not interact with before. In various instances you might need to follow a recipe, meaning that you not only need to gather plenty of items, but you also need to give them the proper shape (like grinding stone to get dust, for example).

The biggest innovation of the game is its use of the “list” minigame. This is a staple of the genre, where you need to find a series of objects detailed on a list from a clutter of other, useless ones. Usually, once you complete the list you would leave with a single useful item, but here everything you collected is useful. You see, the only time this minigame shows up is when Marla needs to disguise herself, and every item you collect is used to manufacture a costume. Once you have everything, you need to go to a separate interface where you need to finish building every piece of clothing and put them on Marla. Afterwards, you might find a short, fully rendered scene of Marla on the created costume, which is an amazing treat.

There are other recurring puzzles in the game, and while they are not as intricate as the “list” ones, they add a sense of cohesion to the story. They include the slingshot and the picklock minigames. 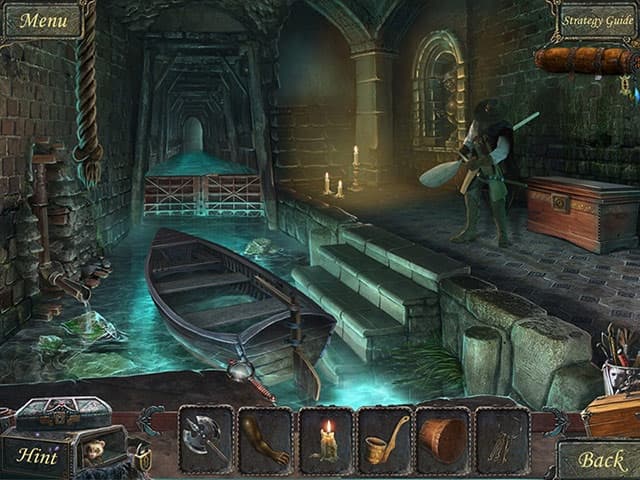 Great storyline that will keep you entertained!

The story, as we said before, follows Marla. While young, she is an expert thief with an uncanny ability to enter houses without being noticed. As she was clearing a cupboard from all its silver, she stumbled upon a cult performing dark rituals.

As she tries to leave, she and her brother Roy get captured by some bandits. Marla is taken to jail, but there are no signs of Roy. Now she must escape from imprisonment and find her brother dearest, all while being aided from a mysterious figure from the shadows. 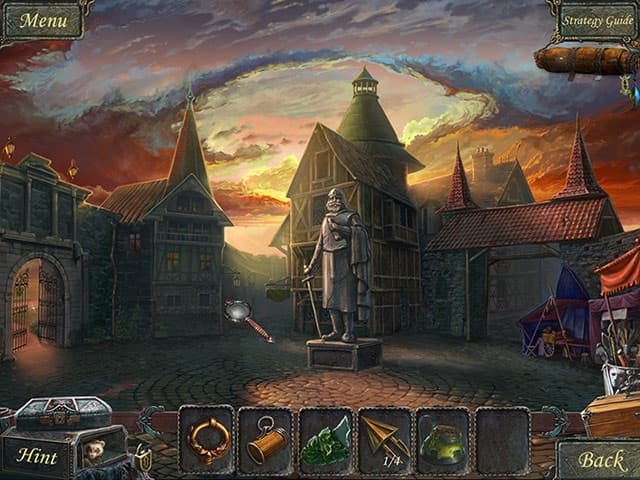 Fall of the New Age is an amazing game with a rich and developed fantasy story. Each scene has twists and turns at every corner, making all of the journey never a dull moment. It has humor, it has drama and it has action.

But on top of it all, it has a very interesting and immersive gameplay style that will have you try to finish the whole story in a single sitting.