Spear of Destiny: The Final Journey is a hidden object mystery game set in 1942, during World War 2. In this game, you assume the role of an Alliance agent who is sent to recover an ancient artifact that is said to grant unfathomable powers.

You are chosen for this role as you have the mental capabilities needed to solve the many challenging hidden object scenes, as well as the difficult puzzles that are in store. After all, the Spear of Destiny is not going to lie around completely unguarded!

Also, as they say, power tends to corrupt, and absolute power corrupts absolutely. Besides your mental capabilities that are befitting of the agent role, you were chosen for your moral fiber too. As a trusted agent, you will also have to resist the temptation to use the Spear for your own gains. Can you stick to the plan?

Why do we recommend Spear of Destiny: The Final Journey?

This hidden object game sticks true to its setting in the 1940s, in the midst of the war. It has a deliberately pale and damp color palette, and a gripping storyline to boot. You will be dealing with military equipment, war-torn ruins and soldiers, so while there is the fantastical element in the form of the Spear in this story, the war remains at the forefront too.

This is a game about espionage, and it ought to be taken as seriously as a James Bond or Indiana Jones movie. There are many charming moments in the story and in the visuals that are uplifting, but we won't go into too much details on this as we do not want to accidentally spoil the engaging story for you.

But we can say that the cutscenes are fully 3 dimensional and animated, with intense car chases, action scenes, and gripping conversations that are brought to life with great animation work, which is an aspect that is not so common in the hidden object genre.

Intriguing gameplay that takes things a step up!

While Spear of Destiny: The Final Journey is primarily played as a classic hidden object game, the developers have also incorporated other elements that makes it stand out in this genre.

But first, let's focus on the classic hidden object gameplay. You may think of this game as a semi-open world game in which you have to travel or explore several scenes at the same time in order to solve it. As you gather items and tools throughout all the scenes, you may have to pick your brain a little to figure out what needs to be combined to create a tool, and remember what you ought to use your newly-created tools on.

It is a little bit of a memory game too, as you will have to recall where you need to use the tool on!

Outside of hidden object elements, you may also have to solve additional puzzles in order to continue. These puzzles have a huge range and are highly varied and interesting. If you get stuck in any puzzle, you can simply choose to wait a bit for a skip button.

Also, if you ever get tired of the hidden object scenes, you can choose the option to play the game as a special kind of Match 3 game to progress in the story! Instead of moving the tiles to match, you simply need to find the existing matches and click on them, which makes the game a more simple version of Match 3 games but it does work if you need a break from hidden object gameplay. 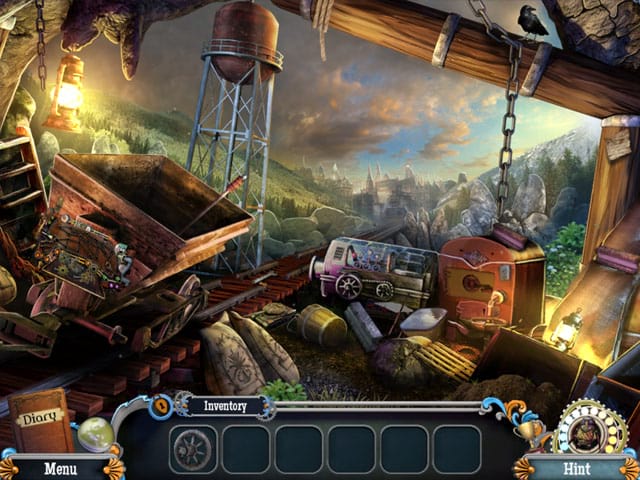 The story begins with a voice-acted narration that explains the backstory. In many ways, the stellar voice acting is the backbone of this game!

Why do we say this? Because there are plenty of characters to interact with, and they are all fully voice acted, which makes the game very immersive.

The cutscenes are also reminiscent of action movies that are set in the 1940s, and they reflect the realities of the ground in that time very well. This is a game that can also be enjoyed as a movie! 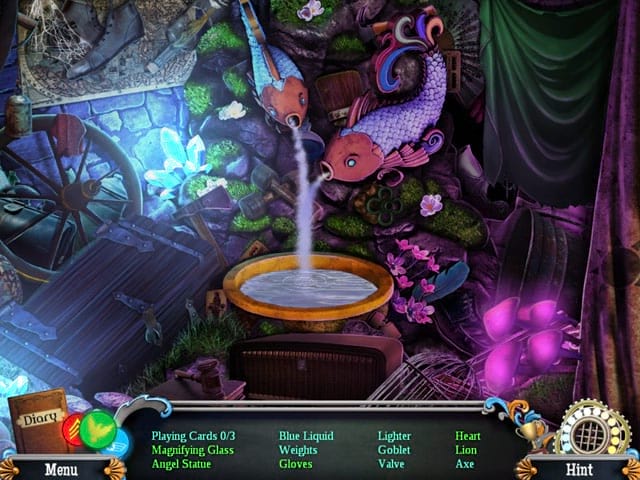 So try out this fantastic fantasy game and be transported into the older days!