Revel in Match 3 fun with Runefall 2!

Runefall 2 is a Match 3 style video game developed by Playcademy. In it, you will embark on a quest to find the missing runes stolen by some ruffians.

Match up the colorful tiles - it's fun and easy!

The game’s art style is very colorful and cheery without being overly cartoonish. While characters are not animated, they are very well designed and full of details, and also they are fully voice acted which is always a plus. While playing a level, each object you can find and move around have their own color scheme, making finding matches an easier task than other games of the genre. Even when the tiles change their background, the contrast with the pieces is big enough to tell at a glance where to make your next move, which is particularly important in this title.

The story follows the adventurers from the first installment having a party with the King himself, commemorating the achievements of collecting all of the ancient runes. As the party winds down and everyone settles to sleep, a shadowy figure stalks the night and steals all the runes. They make a swift escape, and it is your mission to capture the thief and collect the runes they drop along the way.

As mentioned before, the game is fully voice acted, be it when the characters are speaking or when the narrator tells a story. This of course helps with immersion, but it also helps to sell the game’s tone, which is more a lighthearted comedy and less an epic adventure for the ages. Characters clash and have little quips with each other, giving you something to look forward to as you beat each main level.

A highlight of the party is the princess, who is not made to be a regal flower, instead, she is more of a party girl that got involved with the thief because he was handsome. She adds a lot of levity to the party and is a welcome addition. 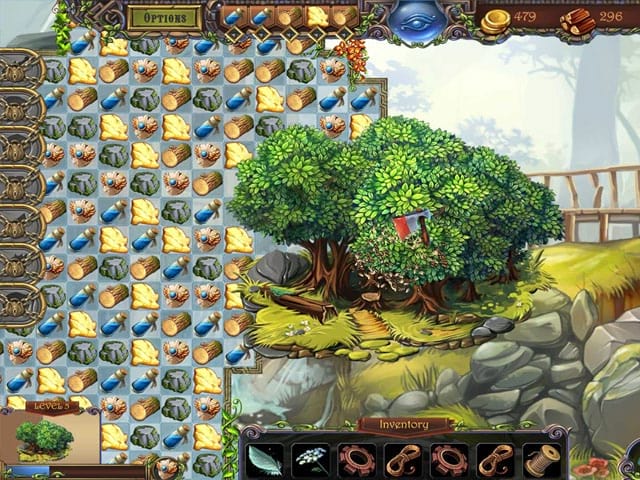 Match 3 game that takes you on an exciting exploration journey!

Gameplay-wise, this is one of many jewel games with an emphasis on exploration. The stages are big sprawling maps, and you have to match three or more of the same icon to not only make it disappear (making more tiles fall into place), but also to move towards where you made that move, since you can never see the whole map at once. And what’s more, beyond the tutorial levels no map is a simple hallway; they all have multiple paths to follow with plenty of things to find on each corner. Your main objective however is to find all the runes on a given level, and once you find them you have to dig them up. To do so you have to make matches around the rune until all dirt tiles are gone. This is not only for the rune, since if you find any spots of grass or dirt and they have sparkles on them, it means there is a hidden object for you to acquire. Since there are so many things to find, you are always given the option to remain in a level even after you’ve found all the runes, since you might want to finish exploring what lies beyond or even complete the bonus objectives the game offers.

Sometimes you might find treasure chests on the stages; these might require keys or picking their locks. If you need a key, it is hidden in one of the sparkling spots we mentioned earlier, yet if you need to pick the lock you will have to play a minigame. This minigame might be a bit hard to understand, but the best way to do it is by trial and error until you get it. There is the option to skip it however, since it isn’t the real meat of the game.

All objects you can find are related to the quests system. You will find different characters in your adventure that might ask for a random assortment of stuff, encouraging exploration within the levels. The rewards can vary from more levels to even a bomb power up to help you in yout adventures, so don’t pass them up. 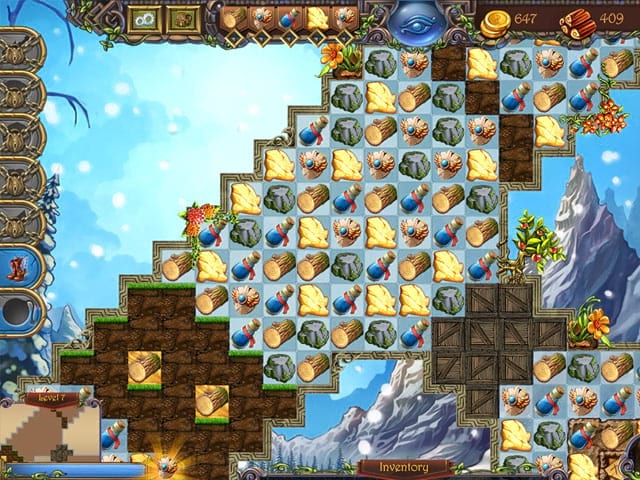 Runefall 2 is a joyful and relaxing Windows 7 game that works as a simple pastime, but with enough depth to deserve sinking hours into it and uncovering every single secret it has to offer.