Adam Wolfe is a hidden object supernatural detective game in which you take the role of the titular Adam Wolf. You will uncover great secrets dealing with millenia-old cults and unearth the truth behind the disappearance of your sister.

There are also various science fiction elements to this game, dealing with time travel and other abstract concepts that adds more depth to the game! Read on to find out what makes Adam Wolfe an outstanding hidden object game.

The background of each and every scene is highly detailed, and the characters are fully fleshed out, and these factors really pull you into the story. Little snippets of animation also show how the story moves forward.

Its style is reminiscent of old Noir films with a modern touch. Adam himself feels like a combination of an old timey detective with a punkc rocker, filling every area he enters with his attitude.

Besides the visual department, something that also stands out is the sound design. Not only is the background music great and sets the mood, but the scenes and characters are also fully voice acted.

Since the biggest point of the game is its narrative, having the characters speak makes it much easier to follow too.

Intriguing plot that keeps you invested in the game!

The story is divided into four chapters, each with their own self-contained narrative yet also adding to the overall story. We recommend you to play them in order!

A little more about Adam - he is a former policeman who became a detective in order to find out what happened to his sister, who mysteriously disappeared years ago. As a detective of the supernatural, this gives the classic intrigue plot of Noir murder mysteries an added flair that makes the story be able to go anywhere at any turn, without it seeming overtly forced.

The game also pulls no punches in getting you right in the supernatural action: just moments after starting the game, you will already have encountered a fire elemental and gained a clock that can show you the past. Expect the unexpected in this game! 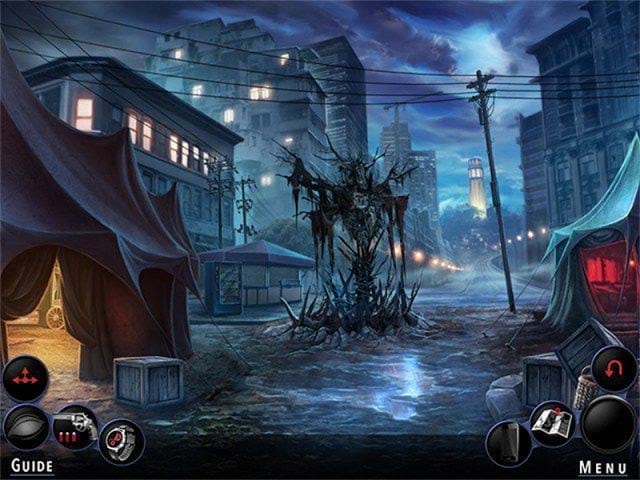 As a hidden object game, Adam Wolfe gives you plenty of clues before you ever need to use the "hint" button, and the games themselves are quite fun. You will spend the main bulk of Adam Wolfe being prompted to find different items in a cluttered space.

Between and among these sections are different puzzles, some of which may require logic, others memory, and still others simply an item that has to be found in a different scenario.

Adam keeps track of every clue he has found in his phone, so whenever you need to refresh your memory on a certain code, you can always count on your notes to be at hand.

Speaking of the phone, this is another modern twist to the Noir genre, since the game doesn't shy away of the "power" that having such a device gives to Adam, be it a convenient way to contact others or a handy flashlight, just to name a few examples.

There are also small action scenes, such as when Adam's life is in danger. In these timed circumstances, you will have to be quick on your feet and use the gun that is on you. Just don't panic! 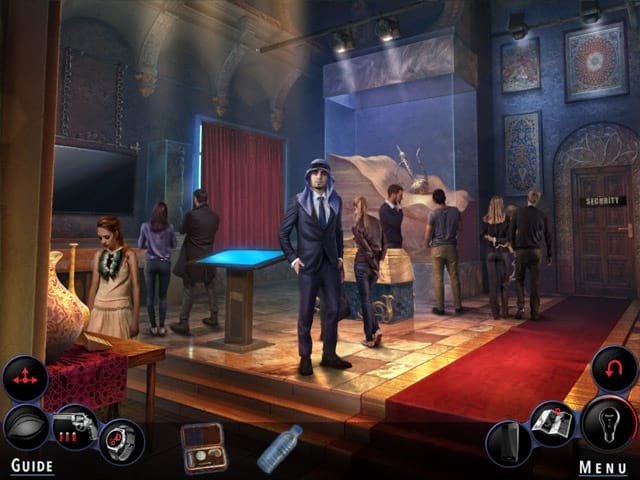 Adam Wolfe is an intriguing detective story that will keep you on your toes at every turn, not sure who or what to trust. With its exciting gameplay mechanics and set in this beautifully crafted world, it is a ride well worth getting into.

If you enjoy these free games, you will love this list of our 10 Best Hidden Object Point and Click Games!