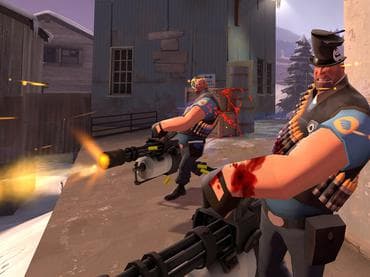 Team Fortress 2 is a team-based first-person shooter multiplayer video game. In Team Fortress 2, players join one of two teams comprising nine character classes, battling in a variety of game modes including capture the flag and king of the hill. Team Fortress 2 has similar gameplay as previous releases in the series due to its focus around two opposing teams competing for a combat-based objective. In the game's fiction, the teams are composed of mercenaries hired by two feuding brothers to protect the company assets belonging to one brother while trying to destroy those of the other.